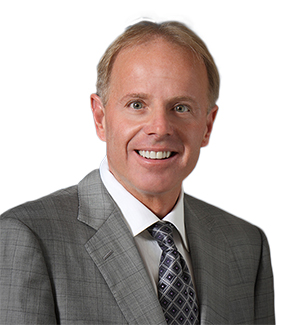 Randall L. Crawford, age 58, has served on the Board of Directors since December 2018, and was appointed chair in August 2019. He is also President and Chief Executive Officer of AltaGas, Ltd., the indirect parent company of WGL Holdings, Inc. and Washington Gas Light Company. In his role, Mr. Crawford leads the development and execution of AltaGas’ strategic plan. With a focus on Gas and U.S. Utilities, he is overseeing the reshaping of AltaGas and the optimization of its businesses to drive AltaGas through the next phase of growth and value creation.

Mr. Crawford is a seasoned executive with more than 30 years of experience in the natural gas industry. Prior to joining AltaGas, Mr. Crawford was Senior Vice President and President, Midstream and Commercial with EQT Corporation, a premier U.S. integrated gas company. In his role, he led the company’s ambitious growth strategy in the Marcellus natural gas play. He was also responsible for overseeing all of EQT's commercial, regulatory, operations and project development functions of EQT Marketing, EQT Gathering Inc., Equitrans Interstate Pipeline and Equitable Gas Company. In addition, he held progressively senior roles at EQT’s regulated gas utility, including serving as its President.

While at EQT Midstream Partners, Mr. Crawford implemented a nimble business structure and growth strategy that tripled the size of the company and increased its market cap from $700 million to more than $5 billion in just two years. With his long track record of success and ability to drive top-tier performance, coupled with his experience in the base businesses that form the foundation of AltaGas’ growth strategy, Mr. Crawford is well-positioned to lead the next chapter of growth for AltaGas.