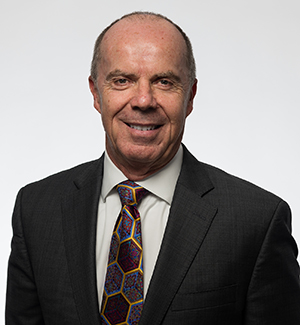 Adrian P. Chapman, age 61, is an Executive Vice President of Washington Gas, a role he has held since stepping down as the Company’s President and Chief Executive Officer on December 15, 2019.

Bringing more than 36 years of leadership experience in the energy industry, Mr. Chapman has driven operational success and sustained growth in a variety of management and executive roles at Washington Gas throughout his career with one of the nation’s premier energy companies. As President and CEO, he is responsible for overseeing all functions and activities of the regulated natural gas utility such as operations, customer service, engineering, construction, field operations, safety, rates, gas acquisition, information technology and human resources.

Prior to being appointed to these executive positions, Mr. Chapman served as President and Chief Operating Officer of WGL Holdings, Inc., and Washington Gas since October 1, 2009. Before his term as COO, he held a range of executive management roles and led several teams that contributed to the company’s development, including Vice President of Operations, Regulatory Affairs and Energy Acquisition, Manager of Interruptible Customer Sales, Manager of Economic Analysis, and Director of Regulatory Affairs.